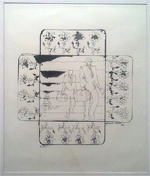 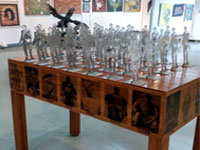 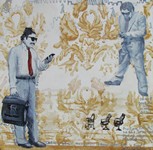 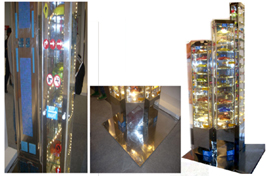 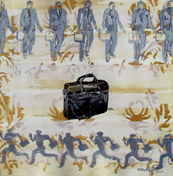 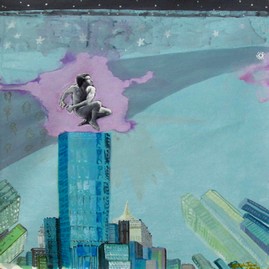 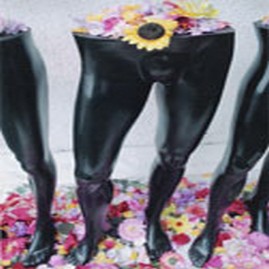 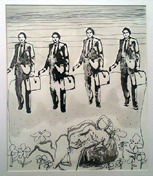 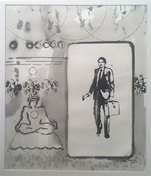 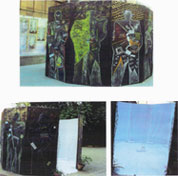 ''The idea is that the object has a language unto itself’’.
Anish Kapoor

Contemporary Conceptual artist.
PAINTs ON CANVAS, PROJECTING THE URBAN CITYSCAPE,
her ART INSTALLATIONS PROJECT SOCIETY,
THE METROPOLITAN MAN IS HER SUBJECT
and DELHI NCR IS HER IMMEDIATE SPACE 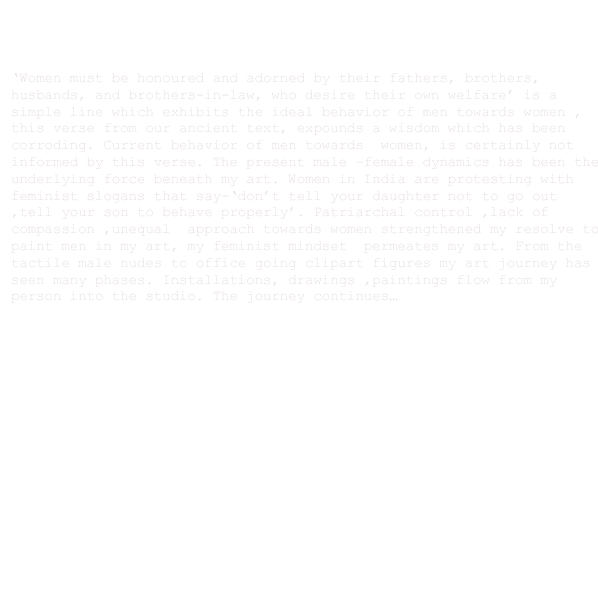 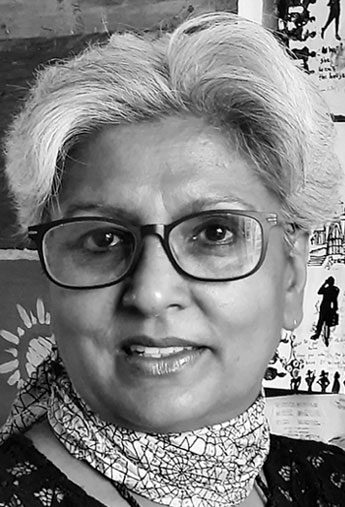 ''A true artist
is not one who is inspired,
but one who inspires others.''
Salvador Dali

''I only give expression to the instincts from my soul."
MF Husain

"Jaini has the capacity to pack in her drawings a panorama of images, a quality she should exploit in her future work," Gayatri Sinha, The Hindu 1998

"Now who is this Peeping Jane?" Nirupama Dutt, Tehelka .com 2001

"The works celebrate the male’s role as nayak , purush and Krishna, filtered through the artist’s perception as a woman" Ella Dutta , Business Standard 1995

"Nitasha is a naturalist painter ,painting in the humanist language"ARUNA BHOWMICK Statesman 2003

"Her show is divided into different parts but the content is the same" Shailaja Tripathi, Indian Express 2002

"She admits women like her are still considered a rare exception" Ann Packer, The evening post ,Wellington, New Zealand 2001

"The tenderest moments of life are etched on canvas." K.Kannan Hindu 2001

"Nitasha Jaini seems to have improved the dynamics of her imagery and lent more verve to her colours" R.S. YADAV National Herald 2001

"More often than not man/men in her paintings becomes the symbol of a shifting ambivalent balance between the sexes," SEEMA BAWA The Pioneer 1999

"While she feels it is necessary for men and women to co-exist she believes the men today have to change their viewpoints to be able to handle the change in the other gender", Suchitra Behal , The Hindu 1998

"Despite the stance, Nitasha’s work is not harangue, Colours, lines forms feelings everything on her canvas is muted. Everything is harnessed to achieve an aesthetic image which works on the subconcious." Ratnottama Sengupta , Times of India 1998

"Thank God for a woman painter who is not banking on her own gender but on the so-called opposite sex. This shows something close to objectivity or at least an intellectual curiosity."Keshav Malik Delhi Times 1995

"Apart from her romantic and mystic portrayals, her thoughts can be critical and often laced with humour too as she responds to the situations she witnesses around." RomainMaitra for www.nitashajaini.com 2010

"Her works reflect compassion, humour and empathy for the other gender, who is struggling to come to terms with the equal status earned by the woman.( her) works made several statements; on our lack of empathy for the habitat, selfishness, greed, and cruelty towards all that does not suit our immediate agenda." VandanaShukla, in Nigaah, Vol 13 art magazine published from Pakistan 2011

Her home and studio are both in Gurgaon, India.

''Anything can change into anything. A sun can be a custard apple also.
That is the game. It is my job to convince you.
Arpita Singh from an interview.